Unitarian Universalist Fellowship of the Peninsula > eFlame blog > Worship > What are we?

Rev. ​Andrew offered this homily on May 13th 2018 as part of a weekend celebrating the Unitarian Universalist Fellowship of the Peninsula’s sixty years as a chartered congregation.

Over the last eight years, I have asked a number of UUFP members to give Sunday morning testimonials about this special place and what it means to them to be a part of it. Well, this morning, as we celebrate the Fellowship’s sixtieth anniversary, it’s my turn to offer such a testimonial, reflecting on what it means for me to be here and offering my answer to the question, “What are we?”

It was a little over eight years ago that Allison and I first met the congregation. Oh, thanks to the extensive information sharing of the ministerial search process, I already knew quite a bit about the Fellowship and the highlights of its history, and I’d spent a weekend with the six members of the search committee, too. But that Saturday at the end of April was the first time we met the congregation as a gathered body, when we dedicated the Fellowship’s new office building. And as part of that, of course, I heard the story of how the UUFP bought that building: negotiating with banks in disarray following the mortgage crisis; ultimately finding a private individual willing to offer a loan; undertaking extensive renovation of the building itself; and successfully applying for a chalice-lighter grant to pay for that renovation. What that told me is that this congregation is resourceful. 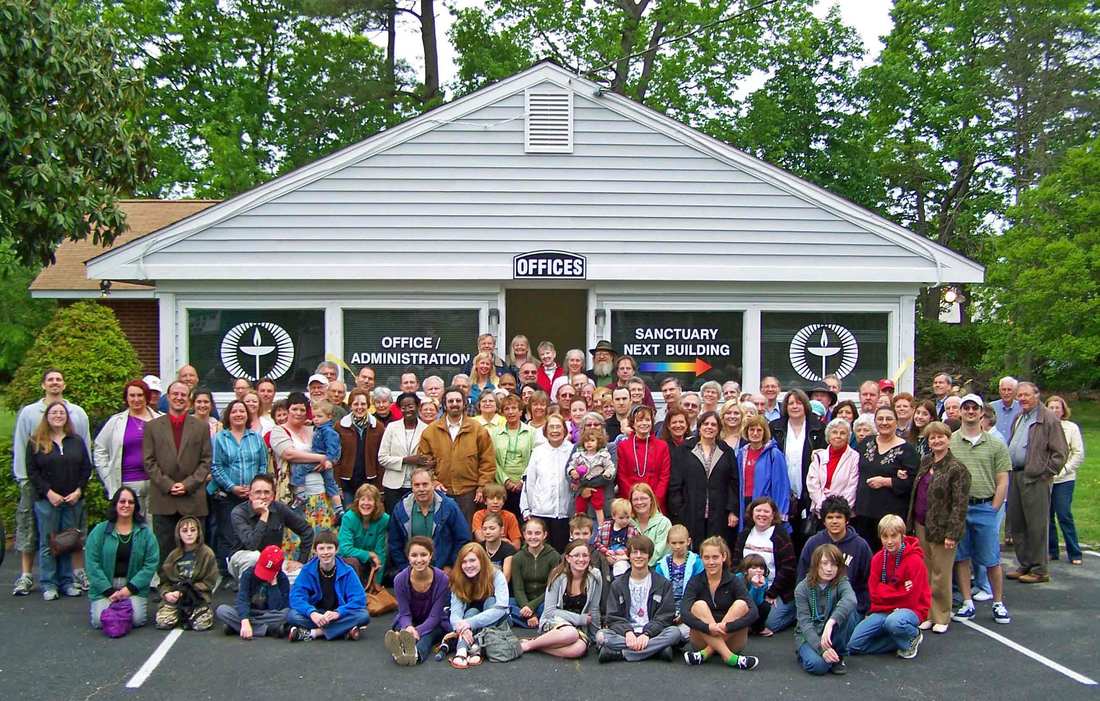 Then, a little less than six years ago, our daughter was born. I requested paternity leave, which was granted, but it’s not like we were forgotten during those weeks. Rather, from the baby shower that had taken place in this very room to the gentle inquiries during my leave as to whether we needed meals brought to us or any other help, we felt cared for and supported. What that showed us is that this congregation is loving and caring. 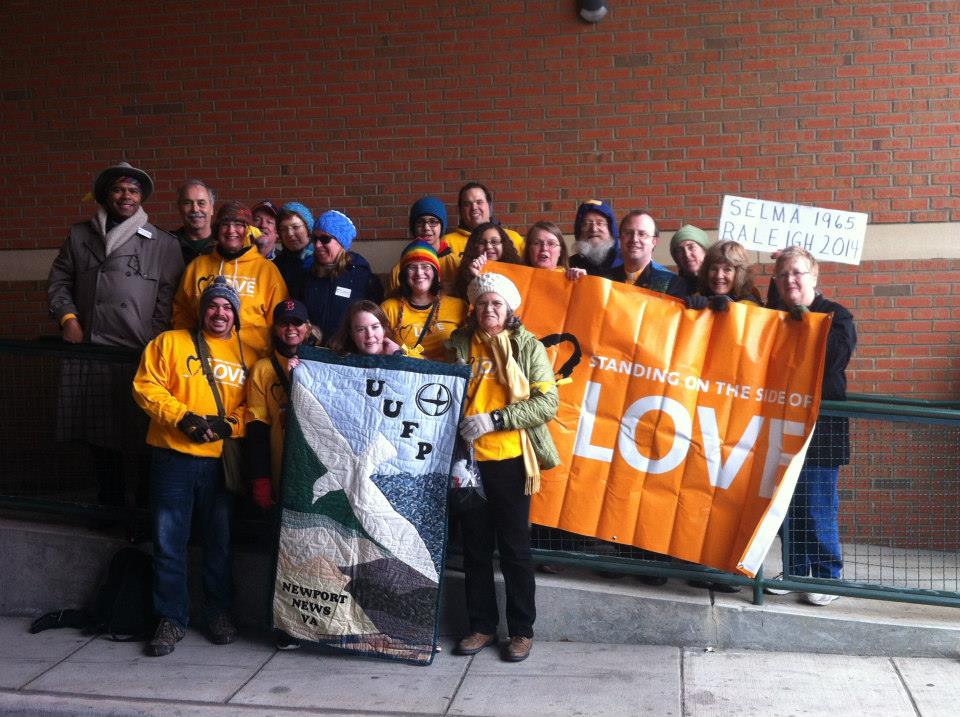 It was three years ago when we had a really cold spell and were worried about getting the ice off the parking lot so that we could hold that Sunday’s services. Well, I suggested to then-President Alan Sheeler that, in preparation for people coming to help with the ice, he might turn the heat on in this building. What we didn’t know was that a pipe under the kitchen sink had frozen and cracked; as the building warmed up, the pipe thawed and started gushing water into the kitchen, spreading from there over the social area and into this Sanctuary. Now, rather than asking people to help with the parking lot, we asked them to help with the water, and you responded! You came with shop-vacs and fans, removing as much water as you could that very day. Then, when it became clear that, in spite of our rapid response, we had to do remediation work, ultimately needing new kitchen cabinets and flooring, we held Sunday morning services and RE programs at Sandy Bottom, taking in stride everything we had to do to set up and clean up everything we needed for nine Sundays in a row. What that proved to me is that this congregation is responsive and resilient. 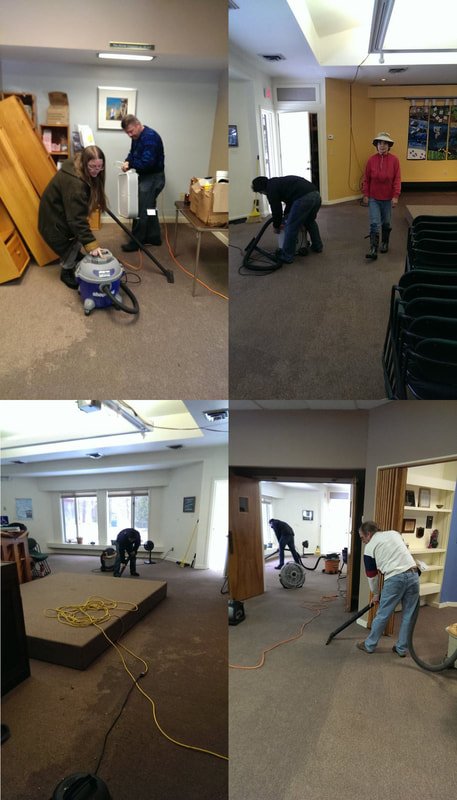 That was during Christina Hockman’s first year of her internship with us, and last year, Walter Clark was with us for his internship. During those three years in all, you not only accepted but also embraced these aspiring ministers, welcoming them into congregational life and teaching them some very practical lessons about parish ministry. What that told me is that this congregation is willing to serve our larger faith, not merely for what the Fellowship needs but for what Unitarian Universalism needs. 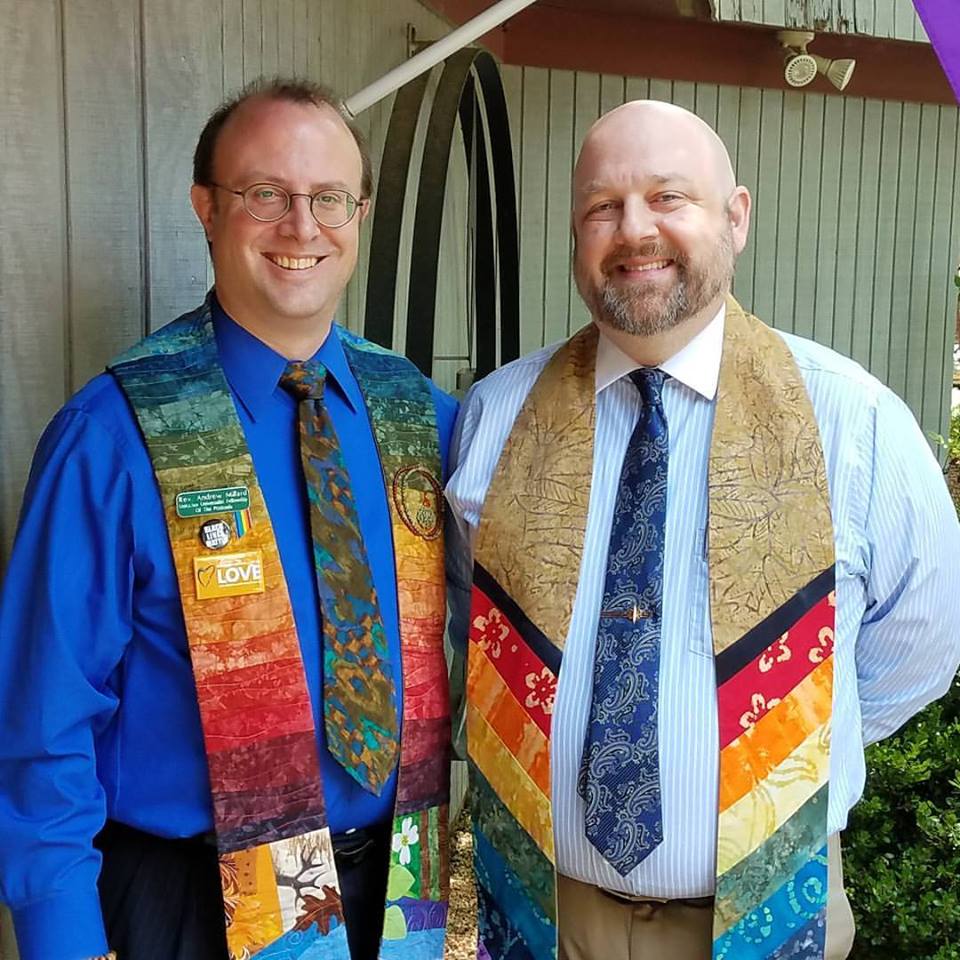 I am so proud to be your minister, to have seen first-hand over the last eight years what makes the Unitarian Universalist Fellowship of the Peninsula the special place that it is. I have lifted up just a few ways in which I know that this congregation is resourceful, and is loving and caring, that it shows up, and is responsive and resilient, and is willing to serve, and that is all thanks to the members and friends who have made this Fellowship what it is, all thanks to you who continue to grow the Beloved Community right here. It is truly a privilege to serve our mission. Thank you for being the UUFP.

What are we? We are resourceful, and loving and caring. We show up. We are responsive and resilient, and willing to serve. We are the Unitarian Universalist Fellowship of the Peninsula!