One of Unitarian Universalism’s seasonal rituals is the Water Communion. Many congregations used it to mark their “ingathering” at the end of the Summer, and it became dominated by travelogues. However, the Water Communion was specifically created (at the 1980 UU Women and Religion Continental Convocation) as a feminist ritual, and in recent years there have been efforts to remember and revisit those roots.

For the Water Communion, please bring an ounce or two of water from home to the service.

The term “political correctness” refers to the avoidance of wording that might exclude, marginalize or insult people already placed at a disadvantage by society. It is often used to disparage efforts to respect diversity and multiculturalism as excessive or even unnecessary. There’s another version of “PC” that is a much greater threat to freedom, though, thanks to a narrow understanding of “patriotism” as obedience and conformity.

October 21st: “How Coyote Lost His Songs, Music and Dance”

Coyote lived in a village with a number of other people, but one day he decided that he didn’t want to be around them any more. He had his songs, his music and his dance, and he didn’t need anyone else for any of those things. Besides, Rabbit, Moose, Raven and all of the other people were strange and they often annoyed him. When he set off to find a place to be by himself, though, Coyote discovered how hard it was to be himself.

October 28th: “Narcissus in Bloom: The Importance of Self Love”

The myth of Narcissus, as interpreted by Freud and others, has contributed to an unfortunate devaluing of self-love. A more favorable telling of this tale helps to correct the distortion that self-love is mere vanity and ends in ruin. Removing the pathological underpinnings reveals the ancient truth that the awareness of, and affection for, the true self is the gateway to inner peace and outer harmony.

Mike Verano is a licensed therapist, a cancer survivor and an author with over thirty years of experience in the mental health field. 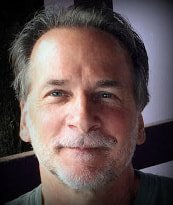