Unitarian Fellowship of the Peninsula > Sunday Forums > The Stars are Our Ancestors…Reality is One!

As 2017 drew to a close, Bob Smith provided a two-part, mind-bending presentation that wrapped up an expansive educational year in the Sunday Morning Forum!  Pairing “Did the Universe Create Itself” with “Reality Reconciles Science and Religion,” our forum founder delivered more than just stardust and myths.

How did the Universe begin?  How did humanity evolve?  What is a miracle?  What is Reality? Is there a Collective Consciousness?  Marrying science and religion through this voyage of discovery, today we know what no previous generation knew.

Class began with discussion on the evolutionary stages of religion, beginning with the Archaic and Tribal stages of kings and elders (~10,000 BCE); to the Magic and Mythic stage of fundamentalists (~1000 BCE); to the Modern stage, beginning with Descartes' "Discourse on Method” (~1637). The Postmodern stage, marked by broad skepticism, subjectivism, or relativism (~World War II and the Holocaust), was followed by the present Integral age, in which globalization has brought us in contact with many cultures and beliefs. This interaction and integration has popularized a belief in an amorphous spiritual “Something,” rather than the more defined approaches of tradition. The evolutionary stage to follow will be Non-Duality, comprising a rejection of an “either/or” logic of truth and a recognition that an Ultimate Reality exists throughout and connects all of Creation.

Distinguishing between physical reality and cultural understanding of physical reality was an important part of our dialogue. What one perceives as “real” may change over time according to one’s acquired knowledge and experience. Contextualizing “facts” by identifying when, by whom and in what context the facts were disseminated helps each of us relate to various perceptions of reality.

Our thanks to Bob Smith for being a catalyst in creating and cultivating the vital Adult Sunday Morning Forum educational program!

The class viewed the video "The Journey of the Universe"—a vivid exposé by educator Brian Swimme emphasizing the magnificence of the Universe—active, changing, supporting life (similar video content here). Throughout history, every culture has been astonished by stars, with the ancients viewing them as alive, even divine. The stars are our ancestors, out of which everything comes forth. Life is now seen not as an accident, but as inevitable. The intrinsic patterns in matter suggest an energy, which is aware and directs the self-organizing dynamic of the Universe. This can be analyzed in terms of science and engineering—but it can also be a new metaphor and poetic explanation of our existence and our destiny. Our calling is to communicate to future generations that life does not only exist on the surface of the earth; life is a partner with and woven into the entire universe. 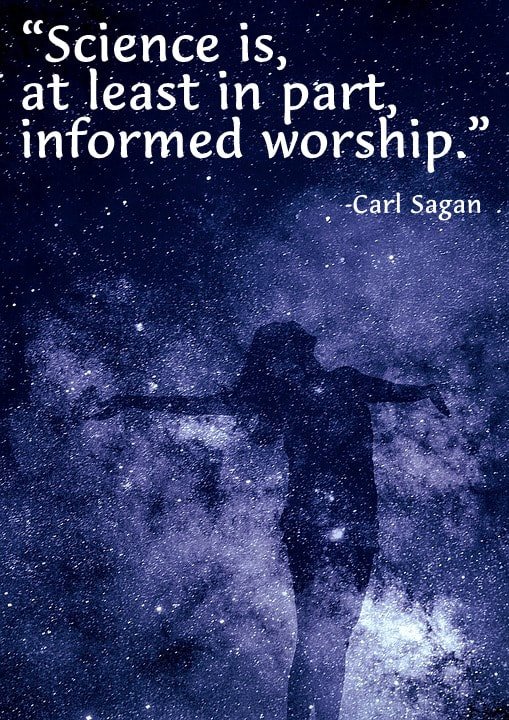 Part II of this forum series included another intriguing video, "Reality Reconciles Science and Religion"—a TEDx talk with theologian, author and pro-futurist evangelist Michael Dowd. Preaching the gospel of a right relationship with reality, Reverend Dowd affirms his personal credo as: “Reality is my God; Evidence is my scripture; Big History is my creation story; Ecology is my theology; Integrity is my salvation; and Ensuring a just and healthy future for the entire body of life is my mission.”

This visionary states that divine revelation is evidential. Evidence is how God or Reality is speaking to us today. Evidence (scientific, historic and cross-cultural) is our modern-day scripture, our main source of divine guidance. How cultures label or personify certain concepts changes over time. Words like “God” and “Evolution” point to the same divine, creative process. Both answer the question how did we—and everything else—get here. “One uses the inspirational or mythic language of religion; the other uses the literal language of science.”

Finally, Dowd relates that “being faithful to God” means honoring the past and the future. In living out all of our Unitarian Universalist Principles—especially that of respect for the interdependent web of all existence—may we humbly remember our ultimate origin and recognize the struggles of our ancestors that brought us to this moment in time. May we embrace a commitment to a healthy future for generations to come!

GROW in WONDER! Start the New Year with joining us in the Sunday Morning Forum—new time at 11:00 a.m. – noon, in the UUFP Office Building.

What a great forum! And, Kathryn, what an excellent and concise explanation of what was discussed. Good job to you and Bob and all who attended for their knowledgeable interaction.
Reply