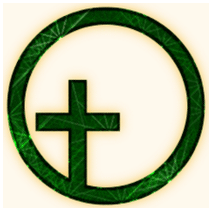 I’ve been a part of Methodist, Anglican, Episcopalian, Presbyterian, Baptist, and Unity churches, and a member of other religious communities, all culminating in my discovery of this fellowship and Unitarian Universalism. Finding the UU faith for me has been akin to thinking I was the only zebra in a world full of horses, and stumbling upon a thriving herd of Zebras!
But, lately I’ve been thinking a lot about how politics impacts and is impacted by religious convictions. Because whether we think politics and religion should be intertwined in America—and almost everywhere else—they undeniably are!

Of course, we employ separation of church and state in this country according to our first amendment: “Congress shall make no law respecting an establishment of religion, or prohibiting the free exercise thereof”. And that separation is even more relevant today when some political parties are working to codify their religious convictions into policy and law.

Unitarian Universalist (UU) Minister Jessica Purple Rodela says, “Religion is political. To separate religion from politics renders religion irrelevant and politics lethal!”. She makes the point, “Every one of our Seven Principles is a political statement”! In fact our UU tradition calls us to speak out against and work to correct injustices in our systems and institutions. Ultimately the way to do so is to engage in the political process!

Unitarians and Universalists have long stood at the forefront of those actively working against threats to our world community—be it the fight to end slavery, the struggle for women’s voting rights, or action against Hitler's deadly racism. Unitarians and Universalists marched for civil rights, and more recently as Unitarian Universalists (UU’s) we are “Standing on the Side of Love” in solidarity with our LGBTQ brothers and sisters, the Black Lives Matter movement, and the ongoing struggle against economic and political oppression in America.

Someone else we can always find “standing on the side of love” is Jesus! The true radicalness of his message was that every human being is our neighbor! Every one. Those who think he was apolitical, or only interested in the spiritual realm may have been misinformed.

Why bring up Jesus and the Bible today? Because much of the Bible lines up with our Unitarian Universalist values and our Seven Principles. And even if one doesn’t give authority to the Bible, many people in our society do, which makes understanding how the Bible reinforces our principles a powerful resource in our quest to bring justice, equity, and compassion into the public sphere. If we can speak the language of those with whom we disagree, how much better our chances for productive dialogue!

Not surprisingly, UU’s have thought about this and have spoken eloquently on the subject. One cogent argument (available on the Unitarian Universalist Association website, uua.org) comes from the Rev. David McFarland, serving the UU Cache Valley Congregation, Logan, Utah:
"The Bible is holy scripture because it is the living document and the foundation of many important faiths, including Unitarian Universalism. To abandon the Bible would mean alienation from one of the world's most important influences on religious thought: liberal and otherwise. Unitarian Universalism, as a tradition with radical Christian roots and many members from Jewish and Christian backgrounds, offers liberal interpretations of the Bible, which can bring inspiration and solace to all."
The Rev. McFarland goes on to say that our UU Principles are saturated with biblical concepts and ideals. He notes, for example, that our concept of respect for the interdependent web of all existence can be found in ideas throughout the Old Testament Psalms and the Prophets, originating with that same God of Genesis who declared the goodness of creation.

According to Rev. McFarland, “No universalistic faith can relinquish the Bible and claim to be either religious or liberal. Unitarian Universalism has been influenced and will continue to be influenced by the Bible”. He says that, “UU congregations seeking a vital, relevant, liberal religious voice will read, study, interpret, and invoke the Bible. This is our heritage.”

We might also find the Bible relevant due to its twenty centuries of centrality in Western European, Middle Eastern, and American civilizations—touching law, art, music, literature, architecture, and geopolitics.

In reviewing the biblical principles that inform my politics and my Unitarian Universalism, I discovered that although Unitarian Universalist spirituality is living and unbound, it still draws from Hebrew and Christian scriptures as well as science, nature, philosophy, personal experience and ancient traditions.
In liberal religion, “revelation is not sealed”. Truth is personal and evolving. This is spelled out in our Fourth Principle, which encourages “a free and responsible search for truth and meaning”. It is in stark contrast to the traditional Christian belief that revelation was sealed after the Apostolic Age, and that Truth is absolute, fixed and unchanging. We can read the scriptures with the new eyes of our liberal faith and seven principles: There is still inspiration and wisdom to be found in the Bible.

Speaking of truth being personal, the brutal Roman oppression and corrupt collusion of the priestly class in first century Palestine shaped Jesus’ worldview. I am still a follower of Jesus because despite being confronted with evidence to the contrary everywhere around him, he still managed to recognize and preach the inherent worth and dignity of all humans, and the interdependent web of all existence. He preached Love and he preached Justice. And according to Jesus, Love and Justice are inseparable! His sayings and parables are full of stories pointing out that we are all one human family, and that our “neighbor” truly is every other human being—most especially, those less fortunate than ourselves. 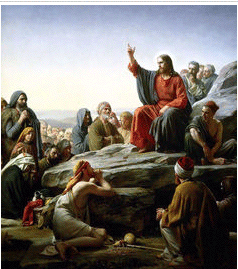 Jesus asserted that we must love God with all our being and love our neighbor as ourselves. Further he said that on those two commandments hung all the law, and the prophets. Atheist UU’s or those whose personal beliefs do not include God, might substitute Love—with a capital “L”—anywhere God is mentioned. Put another way, Jesus is saying that we must love, LOVE with all our heart, mind, body, and soul!

I’ve found that our Unitarian Universalist First Principle—the inherent worth and dignity of every person—is directly in keeping with the Bible’s “loving your neighbor as yourself”. It follows that when any group is oppressed or disenfranchised it becomes our sacred and moral duty to act against injustice even if only to become more aware of how we may inadvertently benefit from or perpetuate it. It further follows that if we humans are part of the interconnected web of all existence, then harm to any strand of that web impacts and impoverishes the whole. Therefore, we must act.
I’ve also found that the phrase “fear not” occurs 74 times in the Bible. So, when a politician or a political party tells me I am to fear and defend against others who don’t look and act like me, I know that message to be the exact opposite of the Bible’s message from the Old Testament through the entirety of the New Testament.

Next, the word “love” occurs about 538 times in the Bible (depending on the translation). Most of the time it’s in the form of a commandment to love others—or an affirmation of God’s love for us!

Even the Old Testament, or Hebrew Bible, which is rejected by many UU’s for its violence, says this: “Protect the person who is being cheated” (Jeremiah); “Do what is just and show constant love” (Micah); “I command you to be open-handed toward your brothers and toward the poor and needy in your land” (Deuteronomy); “Treat the stranger who sojourns among you as the native among you and love him as yourself” (Leviticus).

The New Testament is equally explicit calling us to, “Love our neighbors as ourselves”; “Do unto others as we would have them do unto us”; and “love our enemies and pray for those who persecute us” (Matthew and Luke). 1 John reinforces, “If anyone has material possessions and sees his brother in need but has no pity on him, how can the love of God be in him?” The Bible explicitly and repeatedly calls us to “follow the way of love and seek all spiritual gifts” (1Corinthians)!

When looking at political candidates, we might ask ourselves are they speaking the politics of love or of fear? Is there an emphasis on finding common ground, or is the focus on all that separates us? After all, George Washington himself said, “We have abundant reason to rejoice that in this land the light of truth and reason has triumphed over the power of bigotry and superstition...” Elsewhere, he stated, “I had always hoped that this land might become a safe and agreeable asylum to the virtuous and persecuted part of mankind, to whatever nation they might belong”. There is a long road ahead to even begin to live up to those ideals and UU’s will help make it happen.

Isaiah perfectly expresses a liberal religious and political voice when he says: “Enlarge the place of your tent, stretch your tent curtains wide, do not hold back; lengthen your cords, strengthen your stakes!”

In Unitarian Universalism, we talk about how we can make the tent as big as possible to encompass all our diversity both politically and philosophically. I suggest that the Bible has a progressive voice, which can add to the conversation, and help us build a religion and a world where there is room for all! ​​

Sarah Pierce-Davis is a member of the Unitarian Universalist Fellowship of the Peninsula. She chairs the Caring Committee, is a member of the Leadership Development team, an organizer for the spring yard sale, and an active member of her hospitality team.

Thoughtful article, Sarah. I agree that the Bible has been important to millions of people for several thousand years. We need to understand it in order to understand western civilization. And its overwhelming message is love.