Unitarian Fellowship of the Peninsula > e-Flame blog > Learning /Adult > Little Do We Know…? 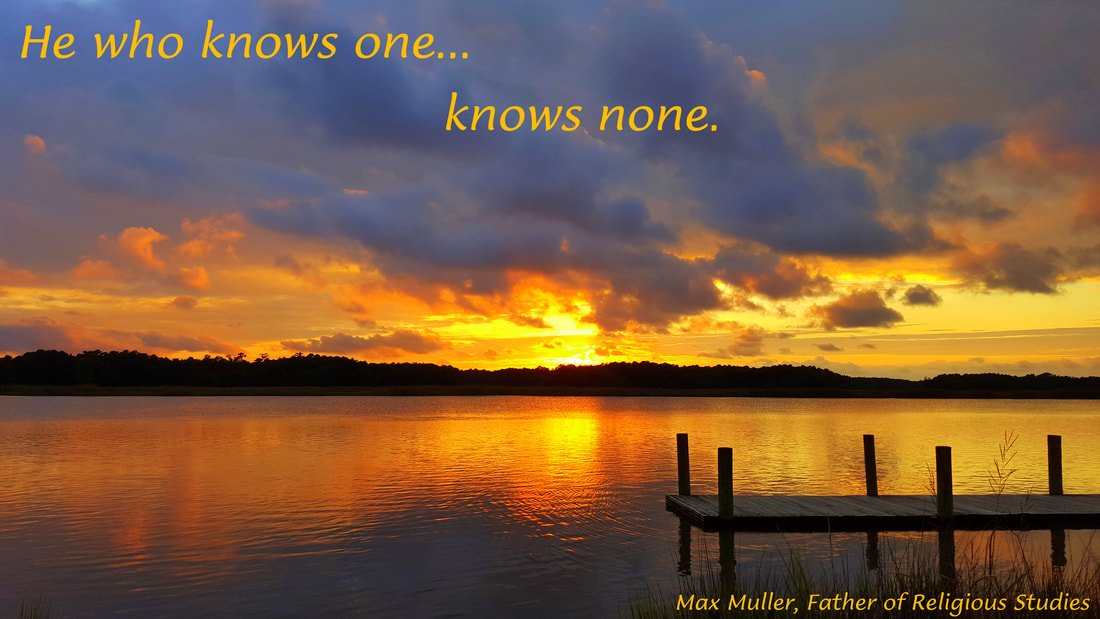 "He who knows one [religion], knows none" (German scholar Max Müller). This "Father of Religious Studies" believed that religion, like many aspects of life, could only be understood through comparison and with knowledge of its origin.

Facilitator Bob Smith's "Comparative Religion" encore in Sunday Morning Forum motivated inquisitive minds in examining a type of "science of religion." How is religion possible; what is religion and how has it evolved; how have we, individually and collectively, come to have any religion at all?

"Don't religions come about to try to outline purpose in life?" notes one class member rhetorically.

In exploring these questions and the similarities and differences in belief systems, our veteran facilitator led the class in discussion of essential, structural components shared by most faiths. These thought-provoking discussions often lead to contrasting "religion" and "spirituality" (e.g., the phrase, "spiritual but not religious").

"What religion did is put Spirit in a box instead of living in unison with the Universe. Then, we applied a set of rules to it. To be loved; to be heard; to be needed and wanted; to be safe…these are things for which every human longs. Placing the Divine in a box strips the idea of mysticism," shares a class newcomer passionately.

Supporting that connection with the mystical, another classmate colorfully described being in the midst of a culture "in the bush," which exhibited a "Oneness with Nature." "Whenever everyone around you feels and sees Spirit, you feel it. Living closer to Nature…" heightens an awareness of a palpable connectivity and the interdependent web of life. 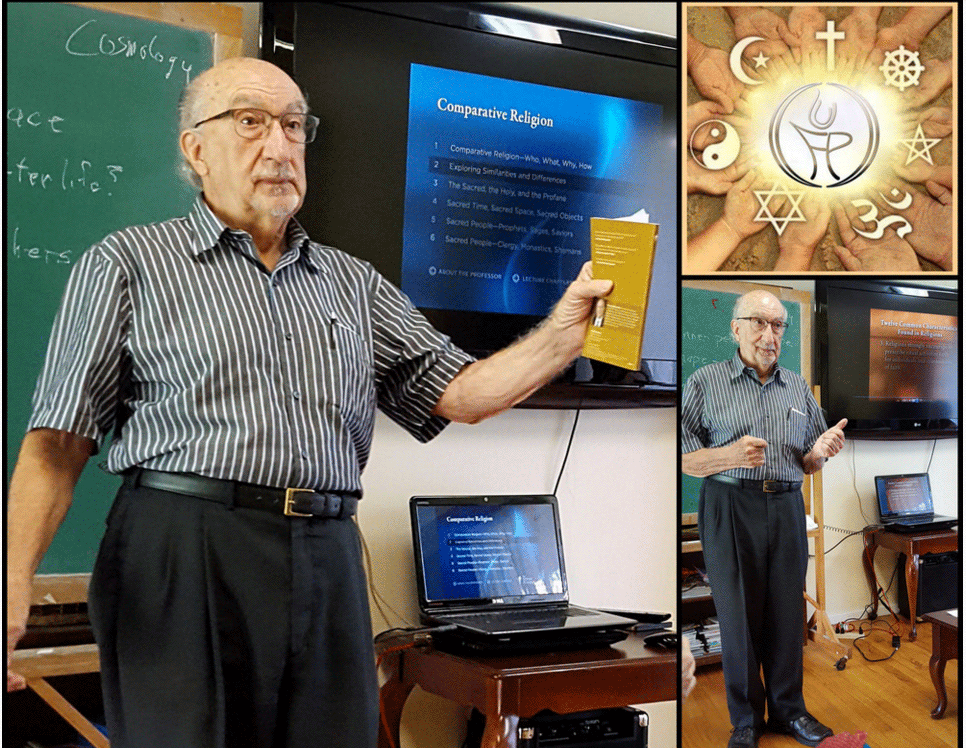 Studies, such as this "Comparative Religion" series, are explorations that can strengthen the interpersonal understanding that underlies our daily relationships, enhances our perception of events in a diverse world, and deepens our appreciation of our own beliefs and the traditions followed by others (The Great Courses).

From chaos to quietude on the day of this Forum, as Dusk greeted me with the Beauty of an unexpected rainbow, I was then drawn to a local dock to capture the canvas of Nature's brilliant descent over peaceful waters. Sun was setting on this contemplative, dissecting mind as I transitioned from the intellectual to the experiential.

In the ebb and flow of our lives, this confluence of the academic with the empirical equips us to have a meaningful impact on the canvas of our world. Let us not be knowers of one, but of many!