May 17, 2022 by Michele Hirsch Connection, Justice, Sharing Our Stories

On Saturday, May 7, 2022, nine members and friends of the Unitarian Universalist Fellowship of the Peninsula (UUFP) went on a field trip to Norfolk. The trip started out as a desire by a few Racial Justice Team members to see the play “Exodus: Homecoming.” However, before long, it evolved into an adventure involving carpooling, a picnic, the viewing of the play, and a Zoom session to discuss the play’s topics.

Although previous days’ weather forecasts had predicted “a damaging thunderstorm,” the intrepid UUFP adventurers persevered with their plans. Fortunately, the weather on the day of the trip was chilly, but not rainy. The nine adventurers were rewarded for their perseverance with:

Despite reservations regarding the play’s narrative, the attendees were glad they attended. All agreed, that like the best field trips, this one provided an opportunity for a different perspective on topics of interest. The group looks forward to the next adventure. Come join us!  All are welcome.

To learn more about the play and the Attucks Theatre, check out the following:

Photos of the Picnic and Play (click images to enlarge): 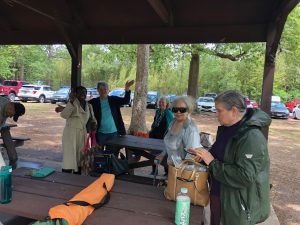 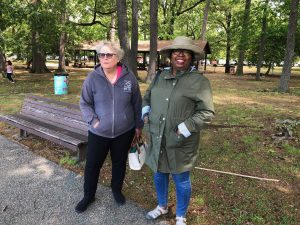 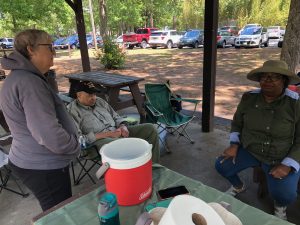 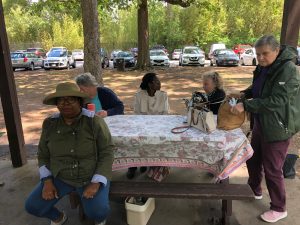 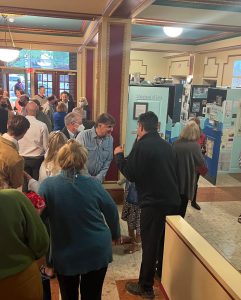 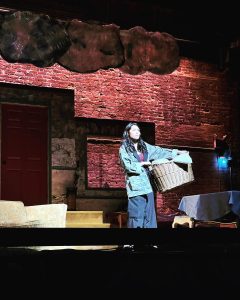 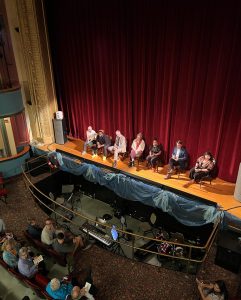 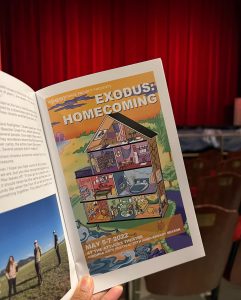