Embracing the Joy of Response-Ability 2/18/2020   By April Kelsey   The following sermon was given by Ms. April Kelsey at the Unitarian Universalist Fellowship of the Peninsula in Newport News, Virginia, on February 16, 2020.  April opened her message with this clip [1:15-2:36] from "How to Live the Life You Never Imagined," by Richard Pimental. ​

Back in October of 2007, I received a phone call from a private school in Millington, TN, asking if I would be interested in becoming their long-term substitute English teacher. They had just let their English teacher go and needed an immediate replacement. I had just graduated from college with a degree in English literature—and, like many people with English degrees, was sitting at home, unemployed, writing my first novel. Well, how could I say no to a paycheck? ​ But teaching there came as a bit of a shock. For instance, as a child, I had been taught to take pride in my surroundings. For example, you don’t let your guests come over to messy house. You don’t litter in green spaces…or any spaces. And if you see a mess that someone else has left behind, you do the noble thing and clean it up. I’m not sure if “taught” is the right word to express how I acquired this mindset; more like it was ground into me at a cellular level.

So imagine my surprise when, at the end of lunch, I asked one of my sixth graders to throw away a paper plate that he had been playing with, and he refused. “Why?” I asked. “The garbage can is right there, literally within arm’s reach. All you have to do is toss it in. It will take less than a second.”

He replied, “It’s not my plate! Someone else brought it here.”

Of course, that ‘someone else’ had already left the table. And my student was fully prepared to let that plate clutter up the cafeteria rather than take any action to deal with it.

Now, this may seem like a minor anecdote, but I’ve actually heard similar statements from full-grown adults. Statements such as, “I’m not a woman, so why should I care about women’s rights?” Or “I’ve got a pretty good job. Why should I care about income inequality?” Or “I’ve never owned any slaves. Why should I care about racism?”
​
Those particular messes—of sexism, racism, and inequality—are a lot bigger to clean up than a paper plate. The people who made them originally have long been dead. And the garbage can is hardly within reach. So what makes it our responsibility to do the work and clean them up? 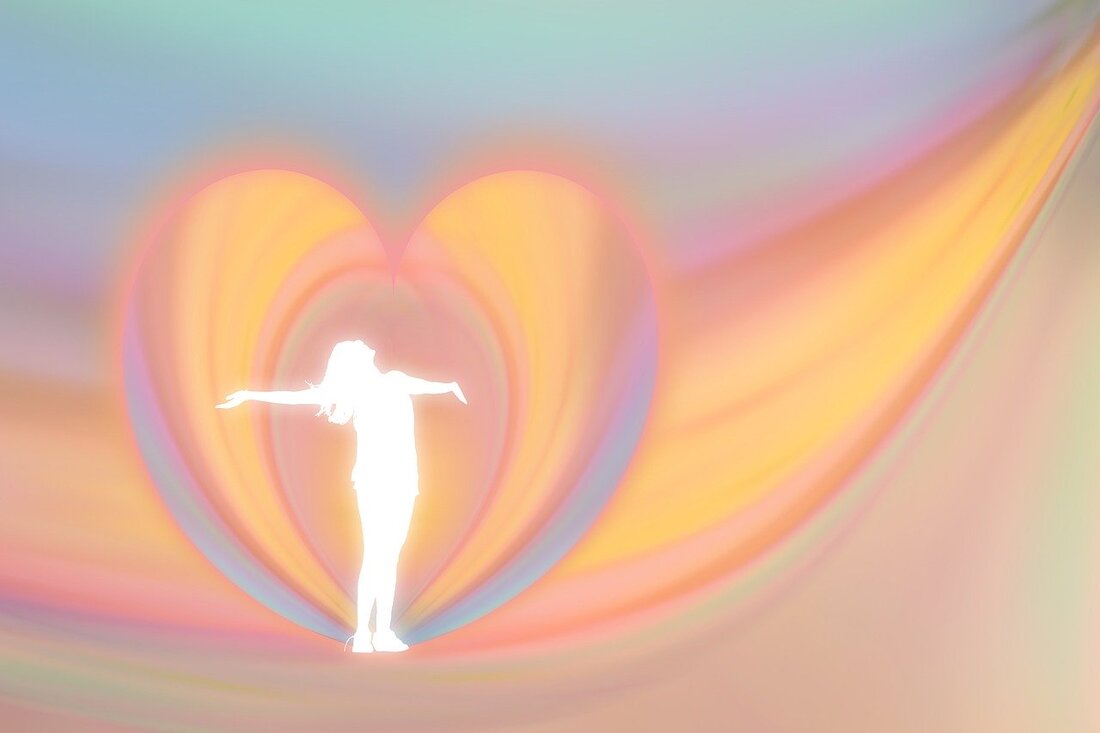 I would say, like old Sergeant Parker from the video, that it is our ability to respond. I believe when we phrase responsibility in this way—as something we can do rather than an obligation—it allows us to embrace the work with passion and even joy.

But, as always, we have to be careful. Because we live in a world of Facebook and Instagram, a lot of our social justice work can become performative rather than transformative. Here we are, with our coordinating t-shirts and clever protest signs posing for a photo. Here we are on Facebook with our “I voted” stickers. Here we are with a video of us feeding the hungry. Aren’t we just good, woke people making the world a better place?

I don’t know. Who did we march for? Do we know their names? Their faces? Their concerns? Did we make space for them to speak on their own behalf? Did we listen to what they had to say—even when it made us uncomfortable? Did we treat them as fellow members of the community, or simply as the beneficiaries of our good graces?

Before anyone gets too offended, I’ve been asking myself these same questions. What I’ve realized is that in order for social justice work to be transformative, I have to be transformed in the process, too. I have to let my life be touched—and my mind be changed—by the people I wish to serve. Performance is a one-way street. When someone performs, one person does the action while others stand aside and watch. The spectators applaud. We take a nice picture to capture the moment and feel good about ourselves. If we’re not careful, we can, in time, fall into a superficial moralism where we think we’re too good for criticism and don’t have to look at ourselves too closely in the mirror anymore.

However, I think joy comes from engaging in this transformative work. Joy comes from the peace found in one’s inner security—the sense that I’m doing the right and honest thing—in spite of what my natural allies might think. I don’t have to fear loss or slander when I give freely out of my resources. I don’t have to give into anger when criticized, because the work ultimately isn’t about me.

Someone recently asked me, “Does it matter? If people are being helped, does it matter whether it’s performative or transformative?”

My answer was, I think it matters—because the performative exists to serve one’s ego, and egos like to be fed regularly. When you’re busy feeding your ego, you’re very likely to perpetuate the systems of oppression that create the need for social justice in the first place.

​In short, transformative social justice requires that we decenter ourselves. Or as the Bible puts it, “having no greater love than the one who lays down their life for their friends.” 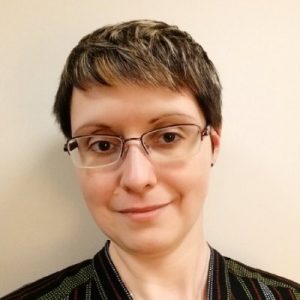 Speaking of the Bible, as many of you know, I consider myself a Christian and was raised in the tradition all of my life. Many have asked why I’ve chosen to become UU. This is what I say to them:
"Jesus once said that the greatest commandment is to love the Lord your God with all of your heart, soul and mind—and to also love one’s neighbor as one’s self.

My early years as an evangelical taught me how to do the first part really well. Everything that we did in worship and relationship was about how to love God in the best way possible. I came to Unitarian Universalism to get the second part of the teaching: to learn how to love others well. I don’t see Unitarian Universalism as a departure from my tradition, but rather as a natural continuation of it."

So like Dr. King, I’m perplexed when white evangelicals claim that social justice is not “a gospel issue.” The word “gospel” literally means “good news.” Many of my fellow Christians think the good news is that we’re being rescued from a hellacious afterlife cooked up by an angry God. But I’m not so sure. In the Gospel of Luke Chapter 4, Jesus visits his hometown and reads these words from the Book of Isaiah:

“The Spirit of the Lord is on me,
because he has anointed me
to proclaim good news to the poor.
He has sent me to proclaim freedom for the prisoners
and recovery of sight for the blind,
to set the oppressed free,
to proclaim the year of the Lord’s favor.”

What does this mean? Well, the year of the Lord’s favor refers to the Year of Jubilee, the seventh year in the Jewish calendar when all debts to the wealthy were erased. People who had been sold into slavery to provide income to their families were set free. To the poor, the recovery of their freedom and dignity was indeed great news. It meant a second chance at life. It meant that their suffering had an end. It disrupted systems of exploitation that would otherwise become permanent.

This is the news that Jesus said he had come to proclaim.

Jesus also said, in Matthew 18:18, that “whatever you bind on earth will be bound in heaven, and whatever you loose on earth will be loosed in heaven.” In other words, our physical world mirrors our spiritual world. They are not separate spheres, but two parts that comprise a whole reality. What happens outwardly reflects what exists inwardly.

​Therefore, in my mind, it is impossible to reveal to others a saving grace that is content to leave people in literal chains. How can I demonstrate the spirit of a Christ who came to set prisoners free if I never lift my hand to free my neighbor?

Therefore, I’d argue that social justice IS, absolutely, a gospel issue. The Book of James Chapter 2 vs 15 says, “Suppose a brother or a sister is without clothes and daily food. If one of you says to them, “Go in peace; keep warm and well fed,” but does nothing about their physical needs, what good is it? In the same way, faith by itself, if it is not accompanied by action, is dead.”

The problem I see in America is that we have a lot of churches with a lot of dead faith. (No wonder it stinks around here.) We have a lot of people, on both sides of the political aisle, who will wave away issues like abuse, torture, racial discrimination and income inequality simply because addressing them is inconvenient to our current habits. The garbage can isn’t within easy reach. We might have to give up a little bit of space. We might have to listen instead of speak. We might have to examine our own prejudices. And that seems hard…and unfair. After all, we didn’t ask to be born into this culture at this time. We didn’t start by making the mess.
​
But…here we are. And here is the good news: we are not powerless. We have the ability to respond. We can create momentum. We can lay claim to a faith that flames up to banish the darkness and bring the light of hope. We can free our neighbors from oppression. We can achieve the beloved community that we desire—one that’s diverse and vibrant and always expanding. We just have to embrace the joy of our ability and start where we are.

This sermon was given by Ms. April Kelsey at the Unitarian Universalist Fellowship of the Peninsula in Newport News, Virginia on February 16, 2020. April came to the UUFP in November 2016. She has since become a member and has contributed to several ministries, including Adult Religious Education and the Sunday Morning Forum. She is passionate about writing and works as a Communications Strategist for a local non-profit.