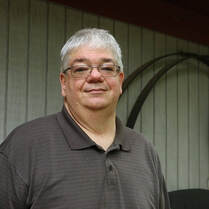 ​As I give my second member testimony about my time here today, I think back on my first testimonial in 2013 talking about how personal connections made the path clear for me to become engaged in this fellowship. Today I want to talk about what happens when we become dis-connected.

To quote from a Joni Mitchell song “Don’t it always seem to go...that you don't know what you've got til it’s gone”.

UUFP is the third stop on my tour as a Unitarian Universalist. How I ended up becoming a UU is a story in and of itself best left for another time. In 1986, I joined the The First Unitarian Church of Richmond. It was an established church with a huge building with a large membership and many activities, committees and programs.

Around 1994, I joined small groups in living rooms and at potlucks and discussed what we would want in a different type of UU church, and that was the beginning of UUCC, the Unitarian Universalist Community Church in Glen Allen. We started from scratch, met in community centers and schools until we built our own building. We had a growing membership along with many activities, committees and programs. It was my spiritual home and in many ways it was my “child” that I continue to watch grow.

In 2006, I came to a heart wrenching decision to leave UUCC because I could no longer live in Richmond and commute 75 miles each way to work in Newport News for Ferguson Enterprises as an Architectural Designer. I bought my current home in Newport News, moved in on May 19, 2006, and joined UUFP later in the year.

At my two churches in Richmond, I became heavily involved. In my tenure here at UUFP, I was the former Building, Communications and Sunday Services Chair. I launched a LGBT support group and a second “Work Transitions” support group. I served on the Membership, Safety and Social Concerns Committee and on one of the former Planning Committees. And I was involved and/or took part on many other social and service related activities. And while it was “fun”, it became “work”, and I thought “that's enough of that” so I stopped doing anything and was “just a member”. And in stopping being active, I also somehow stepped away for the community.

And as the song goes “Don’t it always seem to go...that you don't know what you've got til it’s gone”.

This year, I started coming back on a pretty consistent basis, but then this Pandemic business came along. So within the last several weeks, when we worship via social media on a screen, where the bonds of community for me have reformed and re-solidified. Having you at UUFP has been what I needed, and most likely what we all have needed, to get through something nobody has ever experienced or seen before. Even during the world wars we could still connect with people physically, albeit not in the best circumstances. We have a common cause, all of us, no matter our station in life. This time of isolation and being alone has tested all of us, even myself with the added irony that on the MBTI, I score off the sheet as an extrovert. I believe fully that is the connection and community with others that will get us through this. It is what allows us to be part of a larger whole. But to be part of a “transformational” experience, you have to be involved, you have to be connected, or in my case, reconnected or using a more modern term “Reloaded”.

So if you have been away or lost connection, this is a good a time to “reload” as I can think of. And if you are “connected”, you are in a good place. And make sure to “enjoy the experience”, a lesson learned along the way. Yes, committee work and volunteering can be “work” but it can also bring “joy” as we can give to this unique community. As much as we feel constrained by our inability to meeting in a physical place, obviously we strive meeting together in a virtual place using a technology that did not even exist years ago. We all need to be connected as much as we can because, as we have all found out, we have no idea what is coming down the road next and it is much better to be together for the journey.

So get engaged (or re-engaged), and get ready to be transformed (maybe all over again).