The UUA President invites a distinguished guest each year to address the General Assembly as the Ware Lecturer.

Details are available at: https://www.uua.org/ga/program/highlights/ware-lecture. 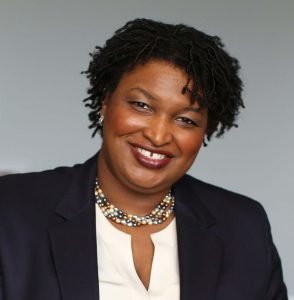 Stacey Abrams is the New York Times bestselling author of Our Time Is Now and Lead from the Outside, an entrepreneur and a political leader. She served as Democratic Leader of the Georgia House of Representatives for seven years prior to running for Governor of Georgia, where she won more votes than any other Democrat in the state’s history. She launched Fair Fight Action after the 2018 gubernatorial election to ensure every American has a voice in our election system, Fair Count to ensure accuracy in the 2020 Census and the Southern Economic Advancement Project, a public policy initiative to broaden economic power and build equity in the South. Abrams received degrees from Spelman College, the LBJ School of Public Affairs at the University of Texas, and Yale Law School. Born in Madison, Wisconsin, she and her five siblings grew up in Gulfport, Mississippi and were raised in Georgia. 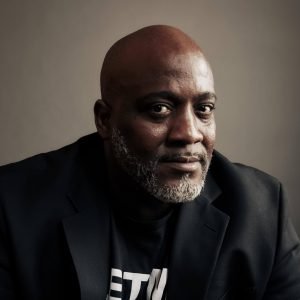 Desmond Meade is a formerly homeless returning citizen who overcame many obstacles to eventually become the President of the Florida Rights Restoration Coalition (FRRC), Chair of Floridians for a Fair Democracy, a graduate of Florida International University College of Law, and a Ford Global Fellow. He is the author of Let My People Vote: My Battle to Restore the Rights of Returning Citizens, published by Beacon Press in October of 2020. Recognized by Time Magazine as one of the 100 Most Influential People in the World in 2019, Desmond presently leads efforts to empower and civically re-engage local communities across the state, and to reshape local, state, and national criminal justice policies.

His work has resulted in being named Floridian and Central Floridian of the Year 2019. President and Executive Director of FRRC, which is recognized for its work on voting and criminal justice reform issues, Desmond led the FRRC to a historic victory in 2018 with the successful passage of Amendment 4, a grassroots citizen’s initiative which restored voting rights to over 1.4 million Floridians with past felony convictions. Amendment 4 represented the single largest expansion of voting rights in the United States in half a century and brought an end to 150 years of a Jim Crow-era law in Florida.

History of the Ware Lecture

In 1920, Harriet E. Ware of Milton, MA, bequeathed $5,000 to the American Unitarian Association (AUA) for its unrestricted use. Two years later, on the evening of May 24, 1922, the first Ware Lecture was given by the Rev. Frederick W. Norwood, pastor of the City Temple in London, England. The lecture had been "established in honor of the distinguished services of three generations of the Ware family to the cause of Pure Christianity."

The lecture has been given every year at the former May Meetings of the AUA and since 1961 at the General Assembly. No lecture was scheduled for 1945 due to World War II, although Morris S. Lazaron delivered an address on May 23, 1945, at All Souls Church in Washington, DC, which is referred to as a Ware lecture. There was no lecture in 1950 when the Unitarians celebrated their 125th anniversary.

The Harvard Square Library maintains a history of the Ware Lecture, including illustrated biographical notes. For more information, contact GeneralAssembly@uua.org.